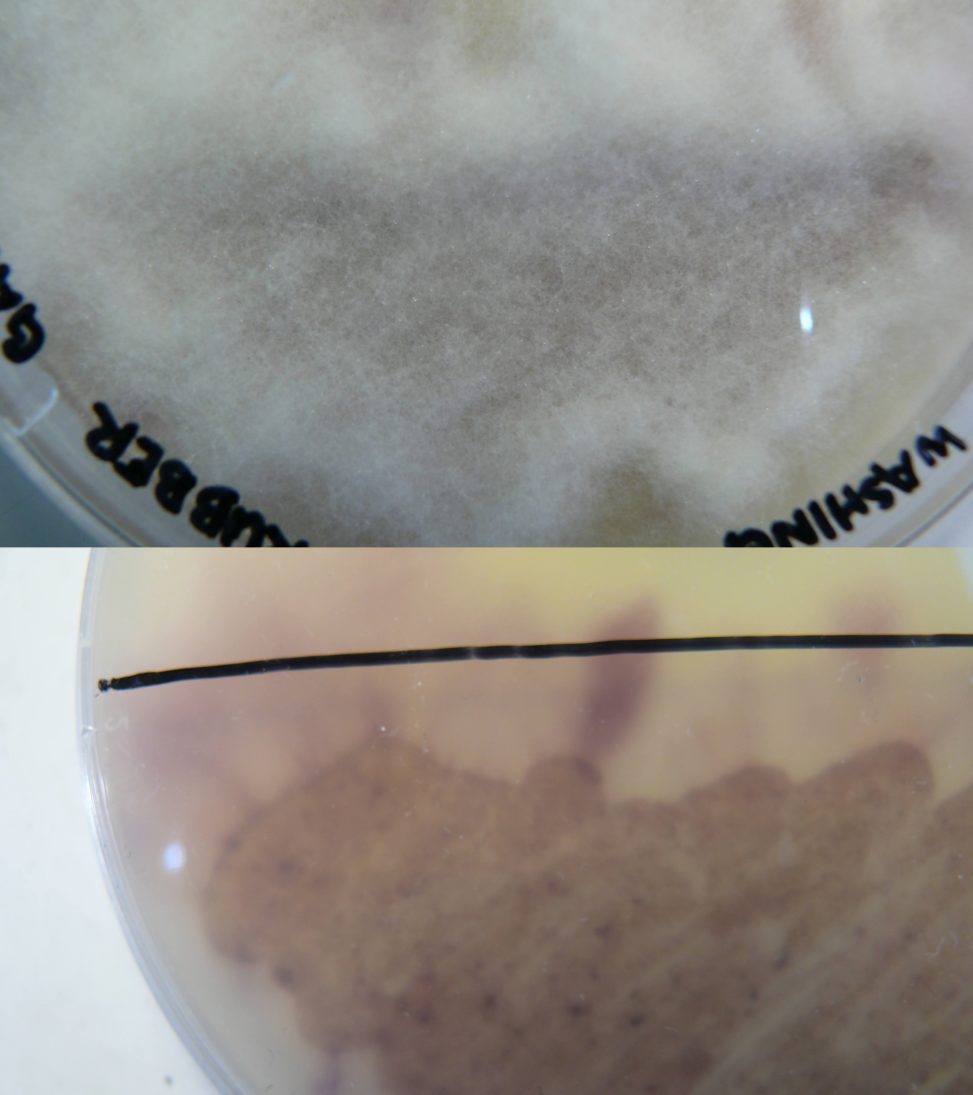 This sample was taken from a swab of the rubber gasket lining the inside of my washing machine. The mold blew up and grew super quickly, spreading over its entire half of the plate within a matter of days. The top side is covered in relatively coarse white mycelial strands. It is very fluffy and thick, almost like a pelt of animal fur. The bottom side is a saturated purple colour, but only concentrated in certain regions and doesn’t spread throughout the layer. My first guess was that this was Fusarium oxysporum because of the pale colouration and the whiteness of the top surface. But I feel like this could also be an early state of F. graminearum, and the deep red-purple colour will spread throughout the mycelia later on in growth.