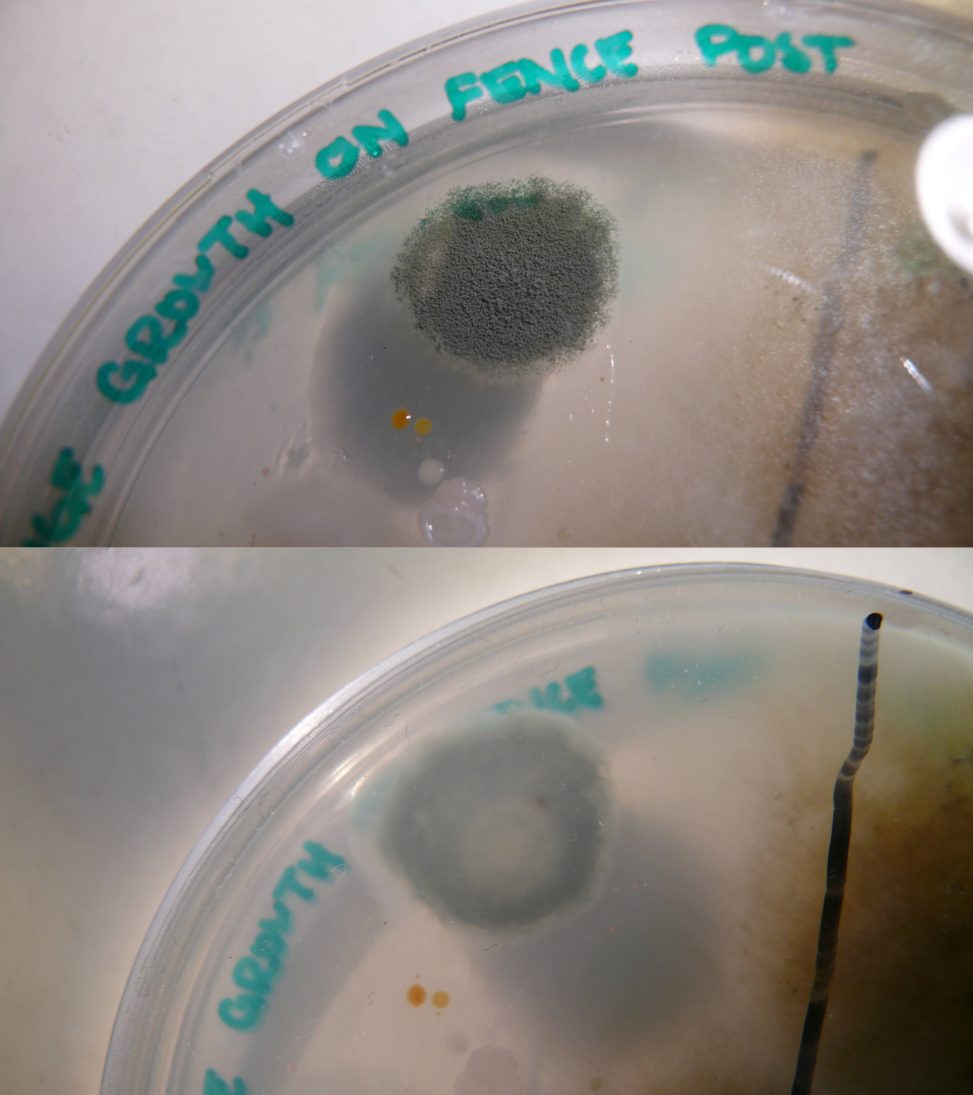 One of many grey-green molds

This is also a sample swabbed from the disintegrating wooden fence beam where I found some orange globules growing. Funnily enough, none of the orange globs proliferated into distinguishable molds, but this grey patch did arise from my sample. It grew relatively slowly and is only about the size of a dime after 15 days. The top side is a dark grey with a hint of green to it, and the texture looks like some spilled cinnamon or cocoa powder or a pile of dust. The bottom side is a paler variant of the colour seen on the top, but there is a very pale region in the centre of the mold. This also appears to be growing radially, albeit fairly slowly. I think this is an example of Peniccilium chrysogenum based on these characteristics, even though there is no white outer margin. I think this would simply appear later on as the mold grew further.