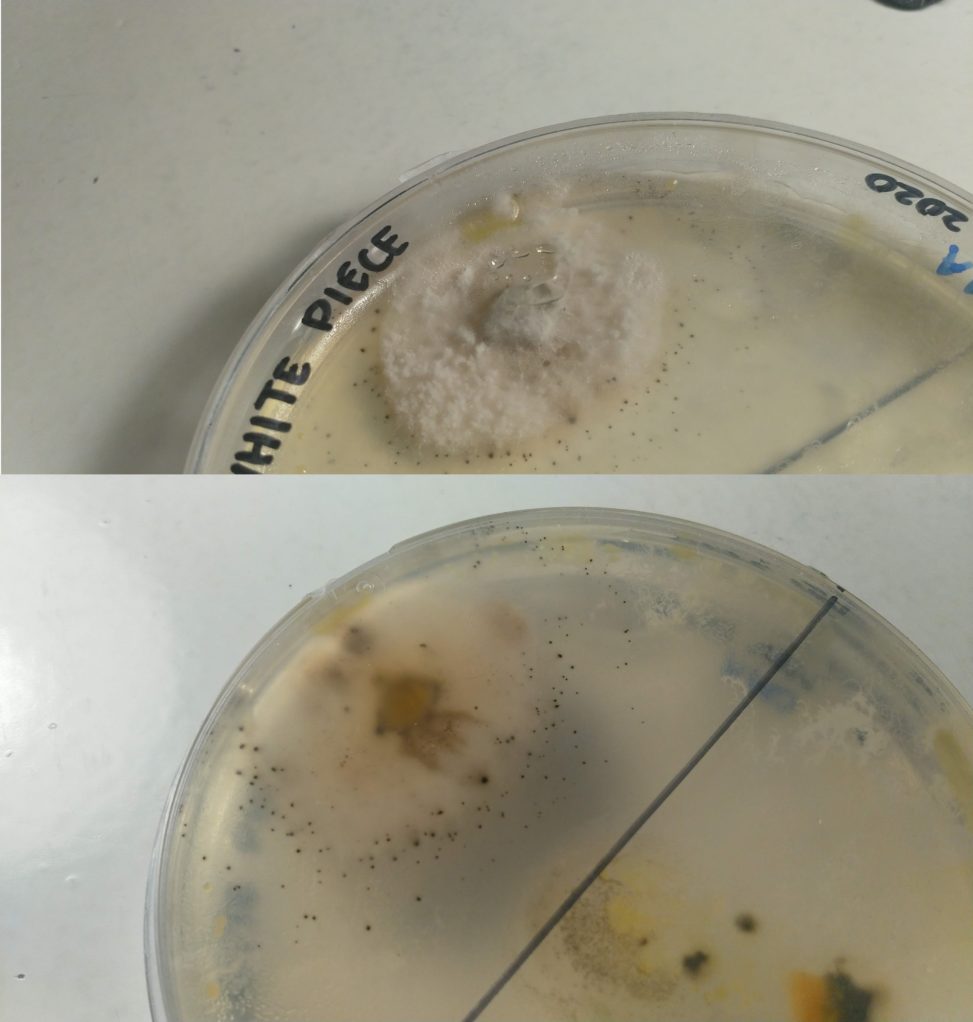 This is a sample of a white tarnished splotch from a kabocha squash that had seen some moisture.
It grew to this size of a footprint fairly quickly (7-11 days) but remained as a flat white mat without much texture. Over the remaining ~10 days, the mold seems to have added growth vertically and produced those white mycelial clumps on top, possibly the conidiophores? Within the last 2-5 days, the ring of black spots had appeared around the margins of the white mycelia, and I think those *could* be sclerotia. I first thought it was Rhizoctonia solani since they are also white-grey in colour and produce rings of sclerotia, but R. solani’s sclerotia are brown-ish in colour. These are much smaller specks and are black in colour, which led me to think that this could potentially be Sclerotium cepivorum, because the sample that Hayley showed us during the lab also had deposited its sclerotia in rings.