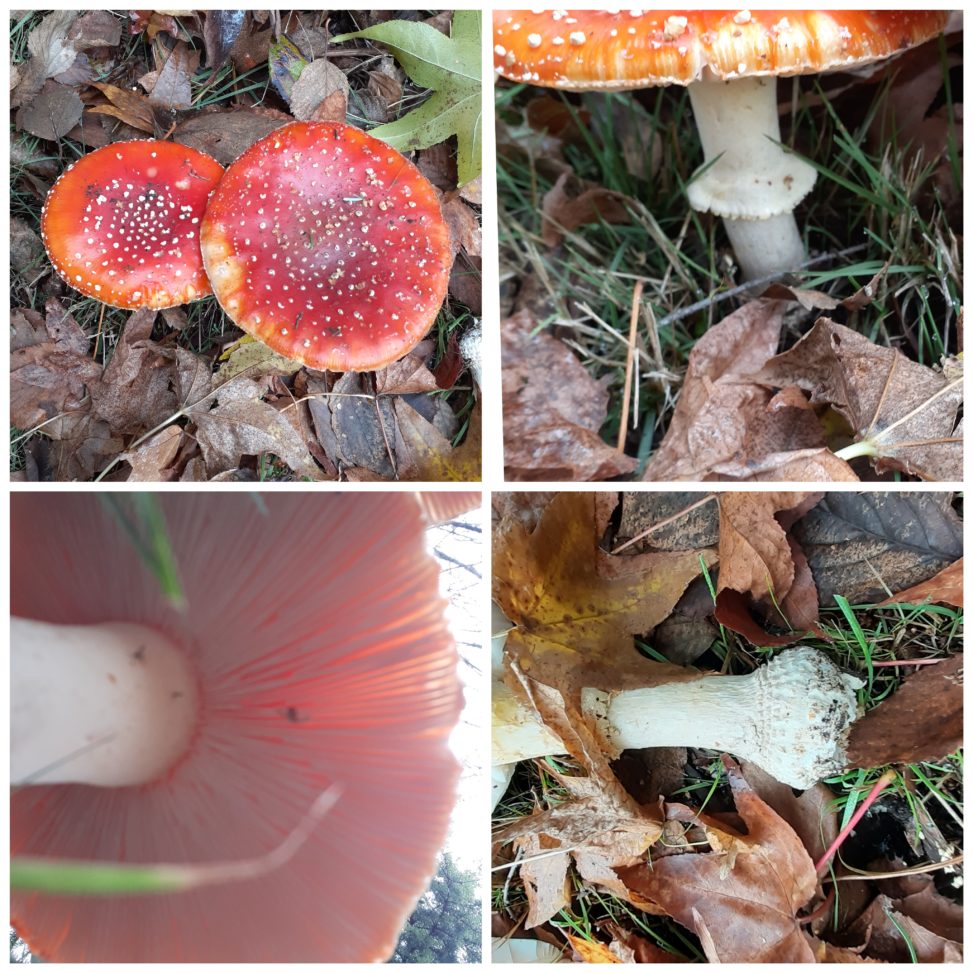 1) I found this mushroom near the perimeter of the Burnaby golf course while walking my dog. It was growing on the ground in clumps.
2) The cap shape was in between convex and slightly depressed shaped and had scales on it. The cap margin was somewhat appendiculate. It had a partial veil that was a single ring. Its gills were adnate, broad, with even edges. The spacing was subdistant. It had a fibrous, central stipe and bulb that had concentric scales.
3) I think this mushroom could be Amanita muscaria because it has most of the features that the photo reference (lab notes) does. I am convinced it is because of it’s red, warty cap as well.