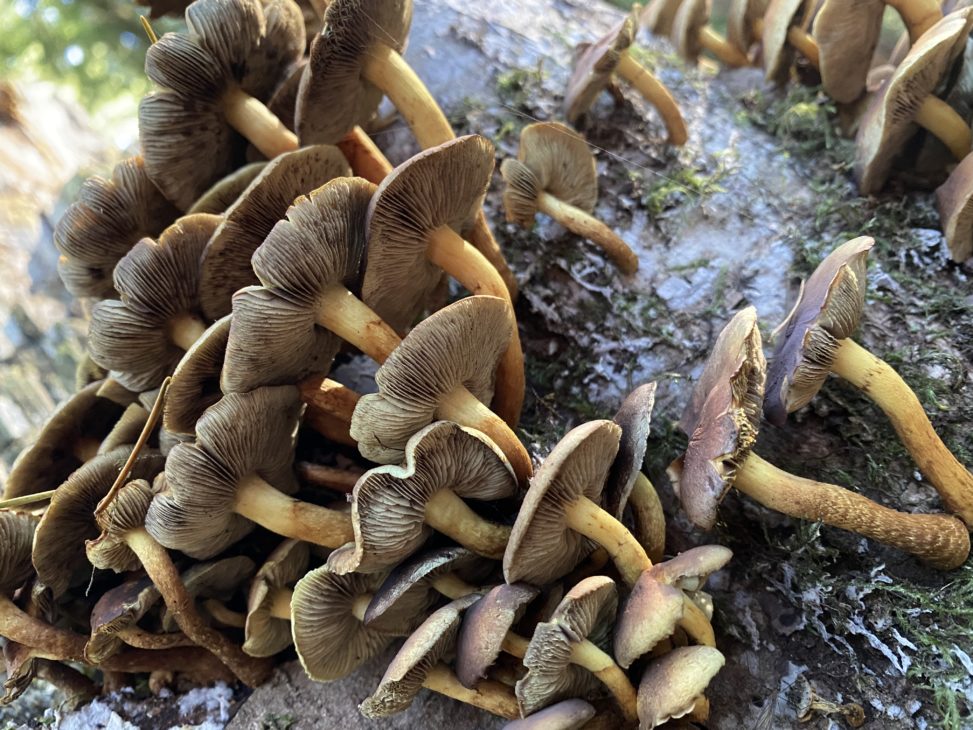 Mushrooms on a dead tree

These mushrooms were found on a dead tree in Mundy park.
Most of the larger caps appeared depressed in shape, but some were somewhat convex.
The cap margins appear split and undulating. I think the cap surface is rugose.
The gills appear to sinuate and broad with close spacing. The look to be crenate.
The stems are centred in most and flexuous. I would say the stem surface looks fibrous.
I am going to guess it’s an inocybe based on photos from mushroom up and lab.