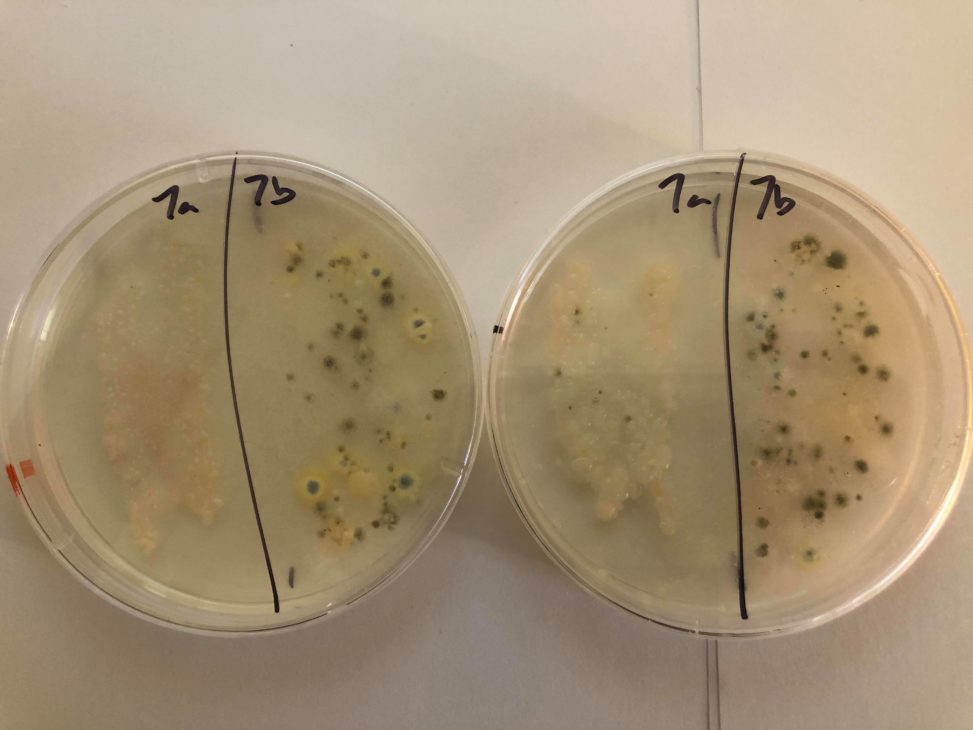 Inside the washing machine and gross water bowl

These plates include swabs from the inside of my washing machine (7a) and a swab from my cats water dish that had run dry (7b). (Don’t worry, they have about eight other water dishes around the house to drink from!) The CMA is on the right, PDA on the left. There is not a lot of obvious differences between the two media. The CMA plate seems to have darker fungi on the right side of the plate but the PDA plate has a bit of a pink tinge to the fungi on the left. These plates could both be producing secondary metabolites by now. Because the pates are so similar, it is hard to confidently say which media would be considered better.